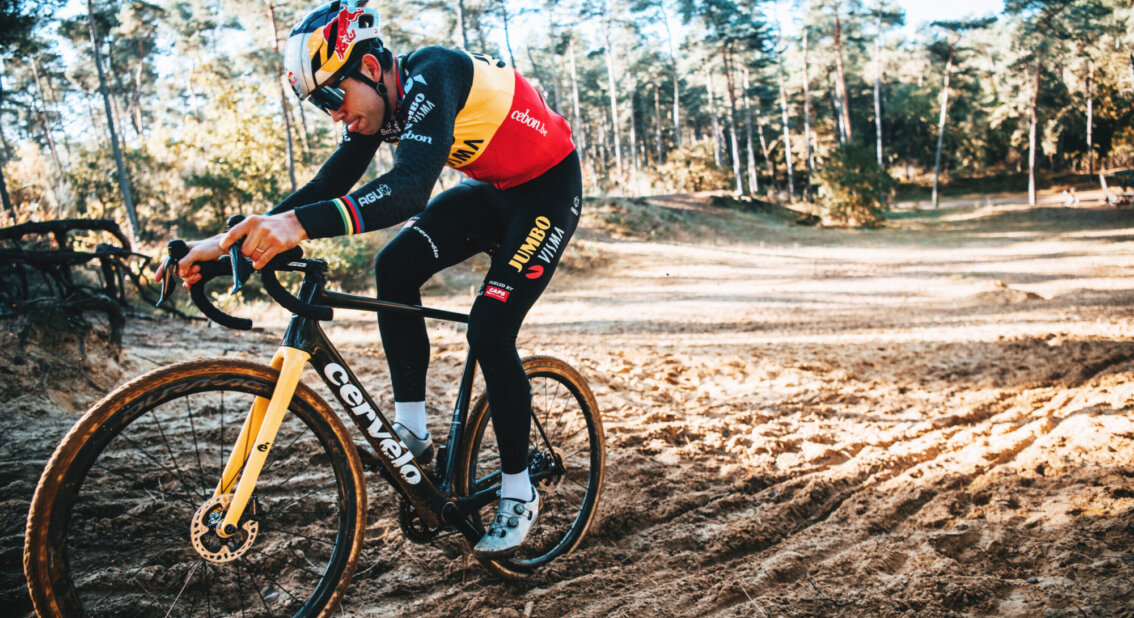 Wout van Aert will start his cyclocross season on Saturday, December 4, at the SuperPrestige event in Boom. Marianne Vos will make her comeback one week later at the World Cup race in Val di Sole, Italy.

After his successful road season, Van Aert has quietly built up to his first races in the field. The rider of Team Jumbo-Visma will begin his cross season on home soil early December.

"This year, we have chosen to ride the more clustered races."

“We’ve been puzzling over Wout’s cross and road program in recent weeks”, says Merijn Zeeman, sportive director of Team Jumbo-Visma. “Wout has had a good vacation and during which he was able to rest and relax a lot. As everyone knows, Wout is very passionate about cyclocross and enjoys the sport immensely. This year, we have chosen to ride the more clustered races to reach a high level in cyclocross. This also gives him enough time to prepare for the road season. The Belgian Championship is an important goal for Wout. Whether he will ride the World Championships is still up in the air. We will decide about his participation after the Belgian Championship.” 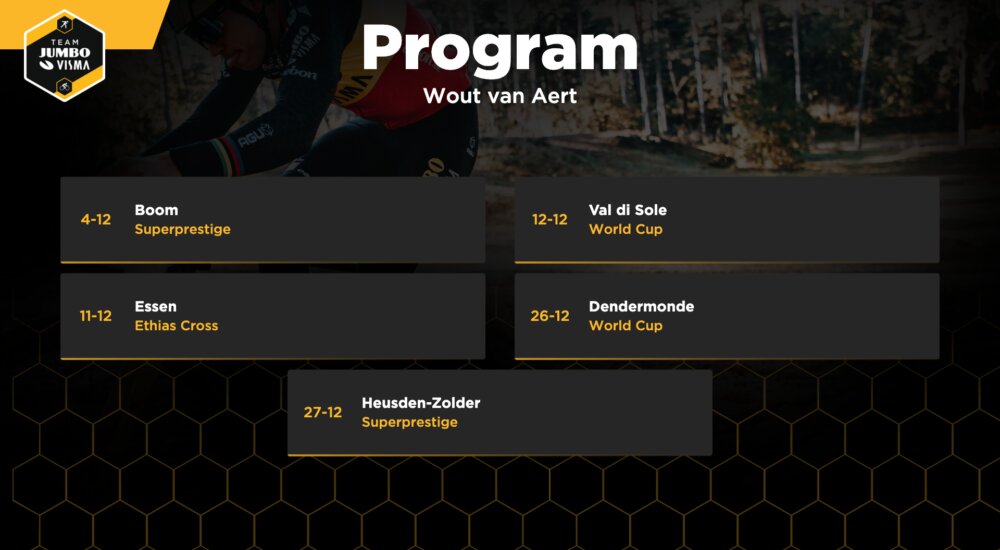 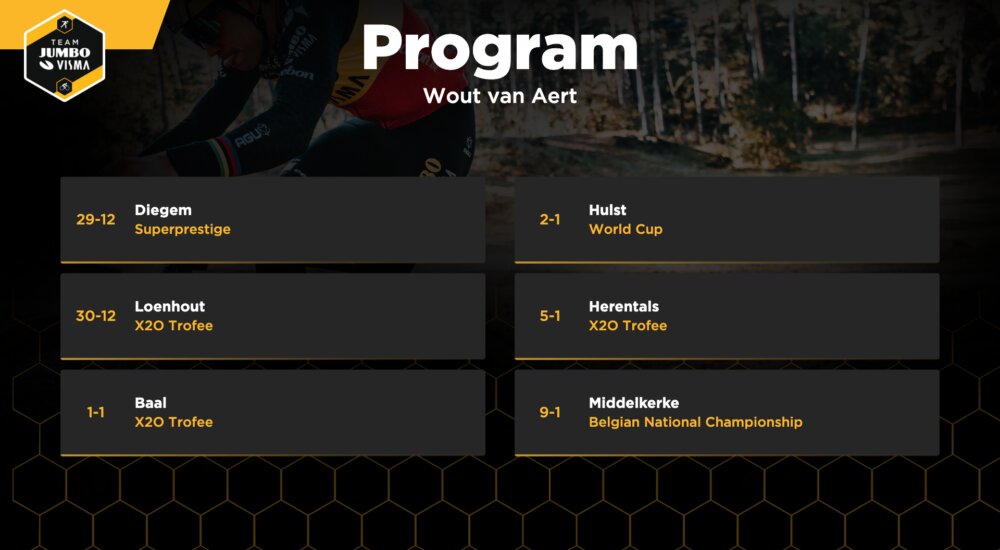 Head of Performance Mathieu Heijboer: “The cross-program is part of a bigger picture and plays a role in service of the road season. Apart from that, it’s primarily important for Wout to ride a few good races and compete for the victory. Outside the busy period in December and January, the number of races is still relatively small, with the aim to complete good training sessions with a view to the road season. That’s why we also included the first training camp near Girona in his program. Marianne also has big goals early in the road season. Then you can’t escape taking that into account in this period.”

Immediately after her road season, and a week after she finished second in the first edition of Paris-Roubaix for women, Vos started three cyclocross races in the United States in October. In both Waterloo and Iowa, the rider from the Dutch province of Brabant was the strongest. After a well-deserved rest period, she will return to the field in Val di Sole. The focus for the 34-year-old rider will be on the World Cup races in the coming months. At the end of January, she hopes to take part in the World Championships in Fayetteville. 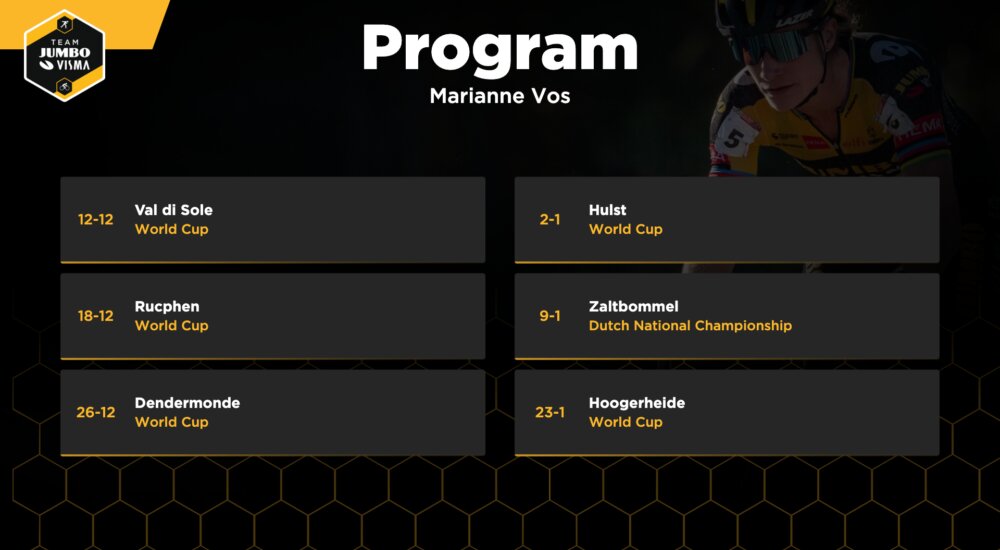