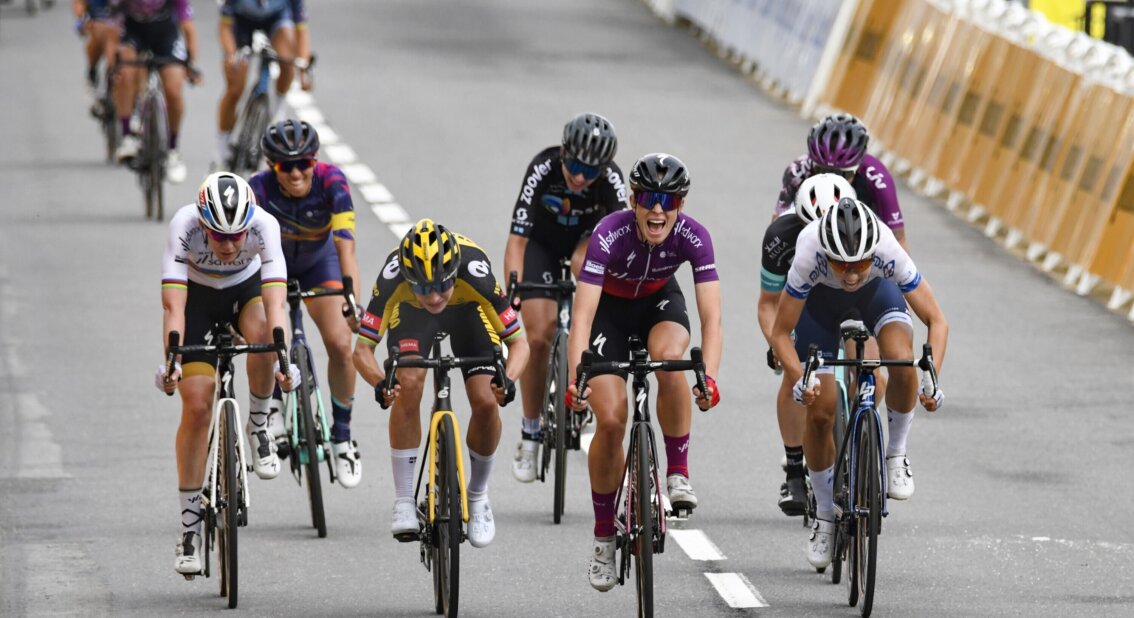 Marianne Vos has finished in third place in La Course by Le Tour de France. On the steep arrival in Landerneau, the leader of Team Jumbo-Visma rode a strong race but had to acknowledge her superior in winner Demi Vollering and Cecilie Uttrup Ludwig.

Today Team Jumbo-Visma rode a very strong race as a collective. With Anna Henderson, the black-and-yellow formation was present in nearly every breakaway, the last one being caught at the foot of the final climb. In the peloton Anouska Koster and Riejanne Markus kept control after which Vos was brought to the climb in an ideal position.

"I gave everything I had, but I already felt that the freshness was gone when I started my sprint."

Vos praised her teammates. “I compliment the team. They rode a very strong race today. With Henderson we had a rider in almost every breakaway and in the peloton we were in control with Anouska and Riejanne. So everything went according to plan. Also on the climb. I was in a good position for the sprint, but unfortunately I didn’t have the power anymore. Of course I’m a little disappointed that I didn’t win. But I also have to be realistic. I gave everything I had, but I already felt that the freshness was gone when I started my sprint. Vollering was faster today.”