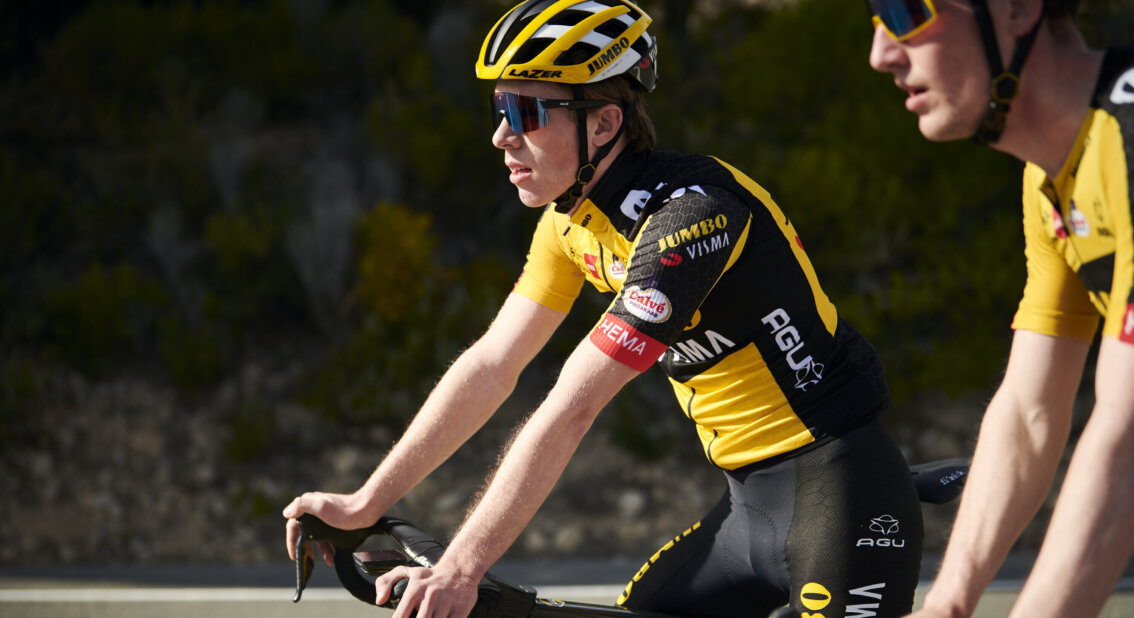 Johannes Staune-Mittet has won the third stage of the Ronde de l’Isard. After a strong solo, the young Norwegian of the Jumbo-Visma Development Team also managed to take the lead in the general classification.

Five kilometres before the top of the Col d’Aspin, Staune-Mittet left the large leading group of which he was part. In the descent, he kept his lead on the upcoming peloton. Gijs Leemreize finished second, just over a minute behind his Norwegian teammate. Leemreize moved up to second place in the general classification as well.

Staune-Mittet was pleased with the way he recorded his first individual win of the season. “This is a really great win. The rest of the squad has done a great job from the start. We wanted to be in the break of the day. It might as well have been someone else, but in the end I was in the deciding group. In the last descent I benefited from our descent training from Oscar Saiz. That helped me maintain my lead. I have a nice lead in the GC, but nothing has been decided yet. There are still two tough stages to come and luckily my teammates are also in good shape. That gives us all a lot of confidence.”

Sports director Robert Wagner was very proud of it the achievement of the youngsters of the Jumbo-Visma Development Team. “Johannes’ victory is a great achievement by him and his teammates. On the Col d’Aspin he proved to be the strongest of the leading group. In the descent he even ran slightly ahead of the group behind him. That was very impressive. Very clever what he shows here while he’s only a first-year in the U23 category. This was a fantastic day for our young team. Now there are two more difficult stages to come. We are looking forward to that.” 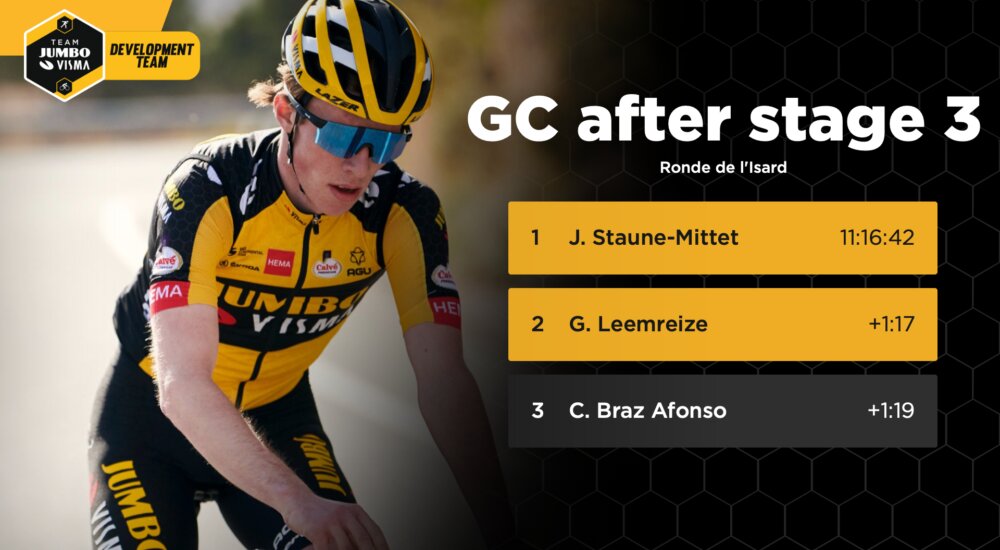