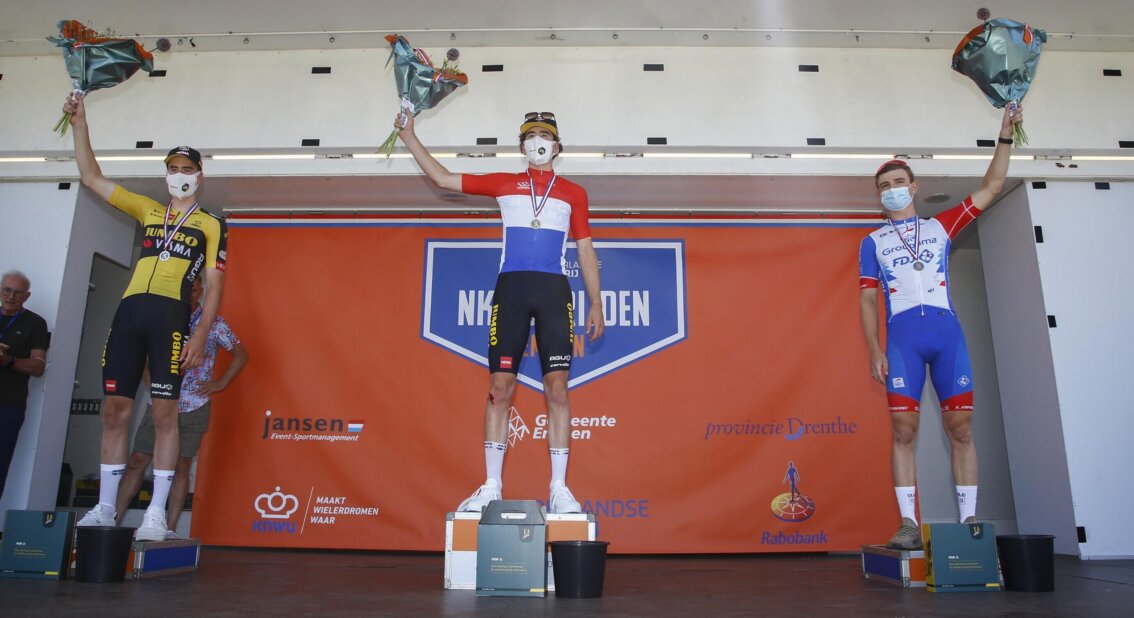 In the last corner before the finish, the later winner crashed. Van Dijke did not hesitate and tried to get back on his bike. “This was a time trial on the limit, so sometimes things go wrong”, Van Dijke said afterwards. “Apparently I rode fast enough to be able to afford this crash. Because of the crash, there was nothing left to do but run the last few metres. Fortunately, it was enough for the win. In the end, that red, white and blue jersey makes up for everything. In recent times I have learned a lot with the World Tour team and I gained a certain hardness. That certainly helps me to achieve this performance. The road race is on Saturday. The goal is to win the road title with the team.”

"This was a time trial on the limit."

Brother Tim was amazed by his performance and is at peace with the fact that his brother snatched the first place from under his nose. “I had an injury at the beginning of the season. That played tricks on me in the preparation. Today I rode my first time trial ever in a competition. I finished second behind my brother and that is unreal. This is what you’re working for. I knew we were doing well, but this exceeds all my expectations. If someone has to be faster, then it should be someone in the team. The fact that it is also my blood brother makes it extra special. This offers a lot of perspectives for the future. We will continue to work hard every day. The confidence that we feel we’re getting from the team helps a lot.”

"This is what you’re working for."

Head of Development Robbert de Groot was proud of the entire team. “The fact that we have five riders in the top ten is an overwhelming team performance. I would have signed up for that beforehand. It shows that these lads are working extremely hard and that they are doing well in time trials. The energy that we put in time and time again paid off today. The boys train regularly on the time trial bikes and you can see that they are progressing in this discipline. Mick is going through an incredible development. He has enormous potential. With Tim’s injury in the back of my mind, his silver medal is one with a golden edge. I am incredibly proud of all the boys. The next opportunity awaits on Saturday and we’ll want to show ourselves there too”, De Groot looked ahead to coming weekend’s road race.

"I am incredibly proud of all the boys." 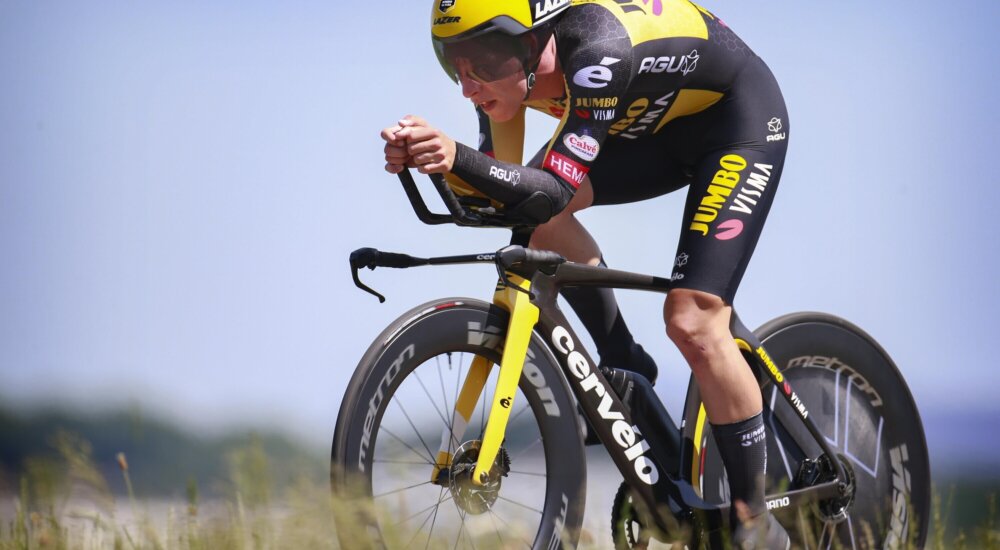 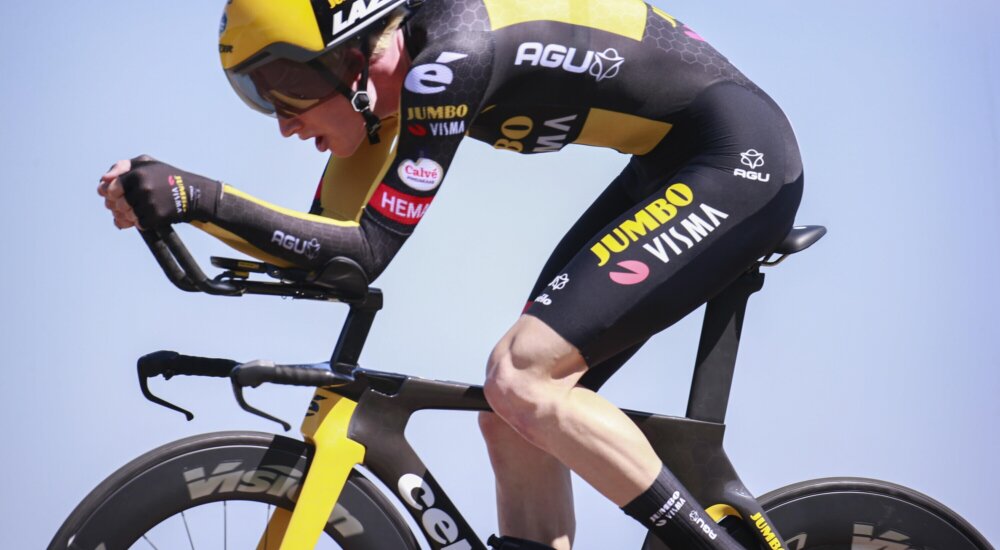 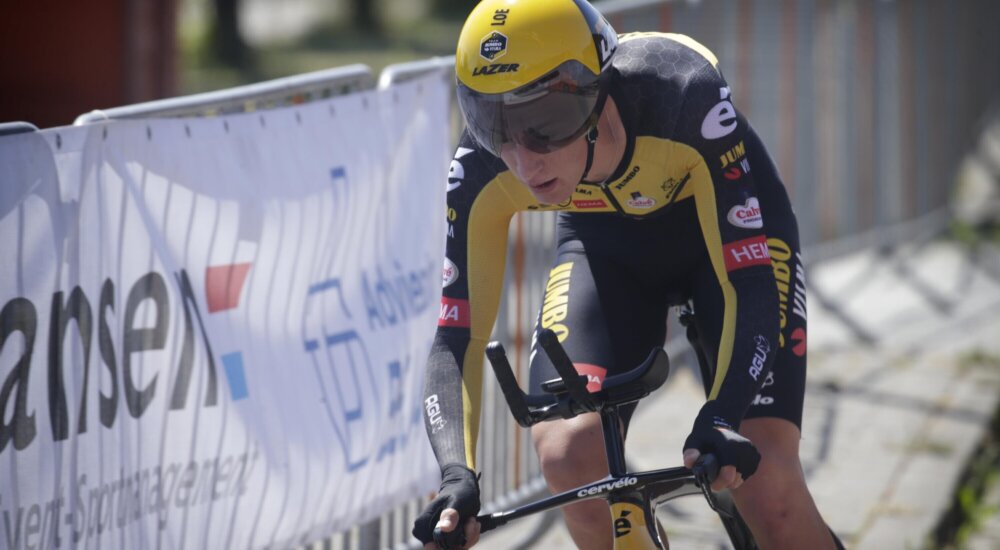 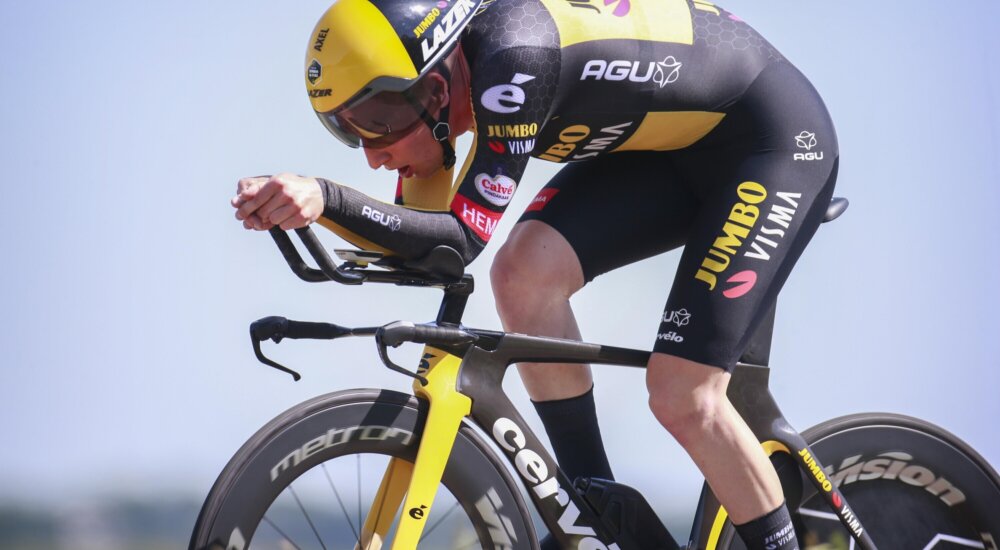 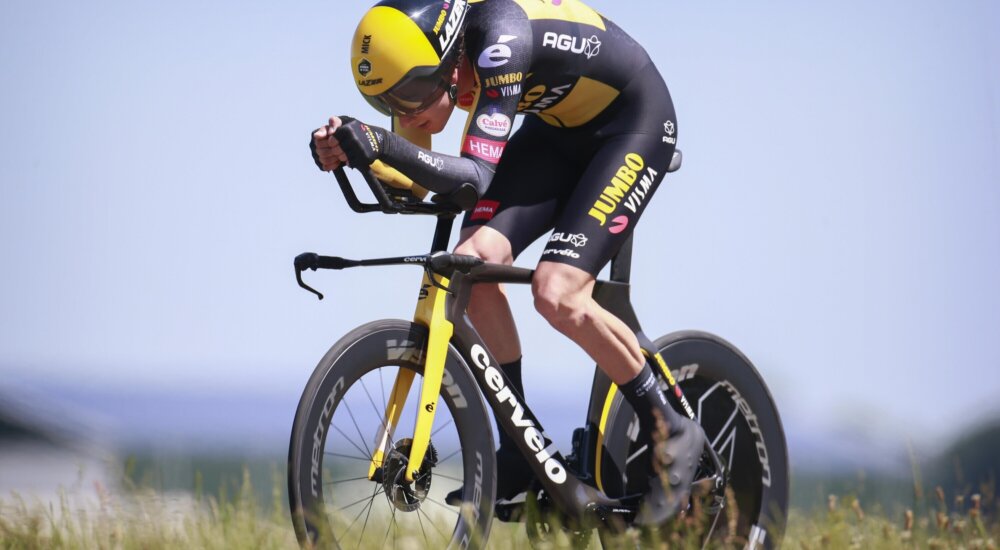 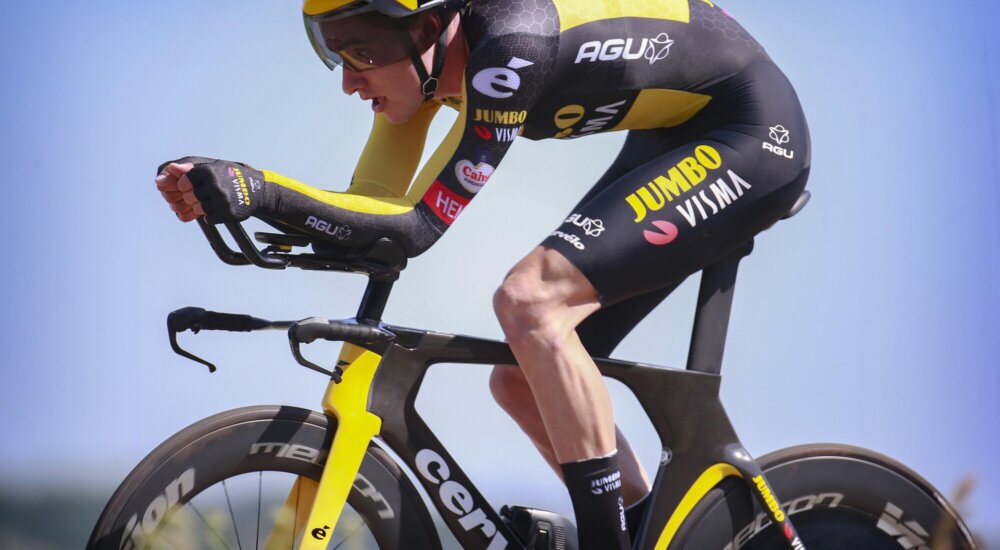 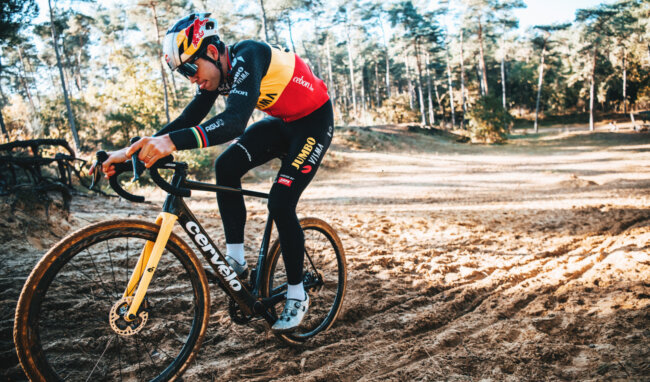