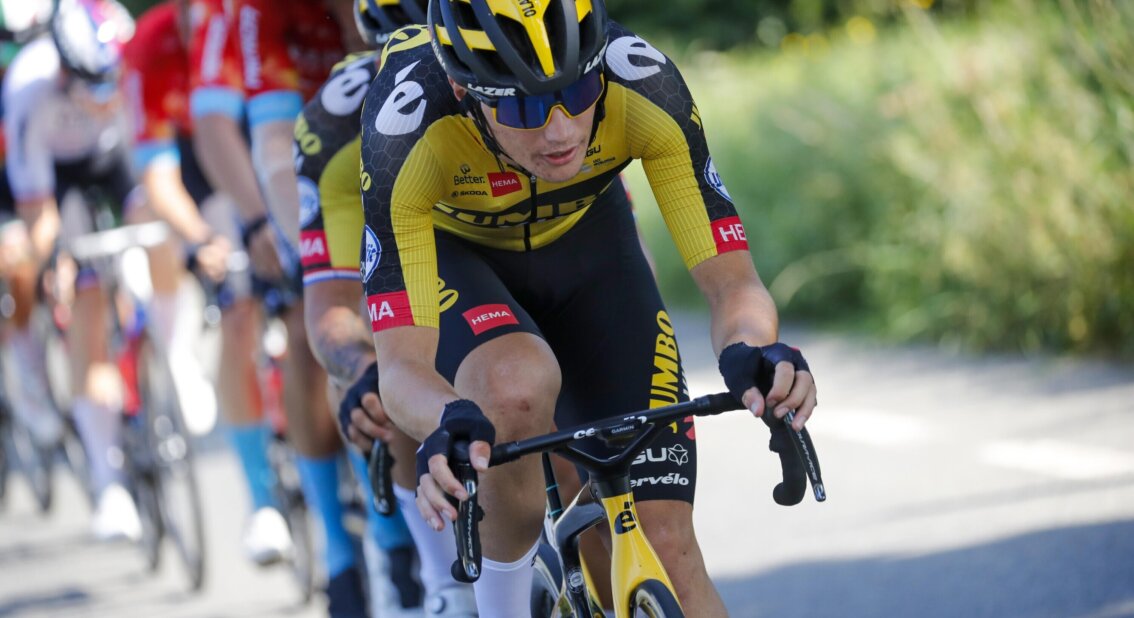 Olav Kooij has sprinted to second place in the first stage of the Cro Race. The young Dutchman of Team Jumbo-Visma was positioned well by Mick and Tim van Dijke, but saw Phil Bauhaus pass him in the last hundred metres.

“It’s a bummer that I couldn’t finish it off”, Kooij, the number three of the last World Championship U23, looked back. “Before the race we had made a good plan for the final and it was nice to see that we could also execute it. Of course it is a pity that I ended up second, but we can be satisfied with our performance.”

Sports director Sierk Jan de Haan confirmed his rider’s explanation. “The plan we had made beforehand almost came true. Mick and Tim were the last men before Olav in the sprint, with also good support from the other teammates in the kilometres before.”

"In the last corner Olav was a bit hampered by the winner."

Five riders went on the attack from the first kilometre. They were never granted a comfortable lead by the peloton. Team Jumbo-Visma took control, together with the other sprinter teams. The twisty, technical and hectic final made for an exciting, but also dangerous final sprint.

According to De Haan, Tim and Mick van Dijke did a strong lead-out. “That allowed Olav to start his sprint perfectly. In the last corner he was a bit hampered by the winner. It’s clever how we got into position and I’m happy how we executed the plan.”