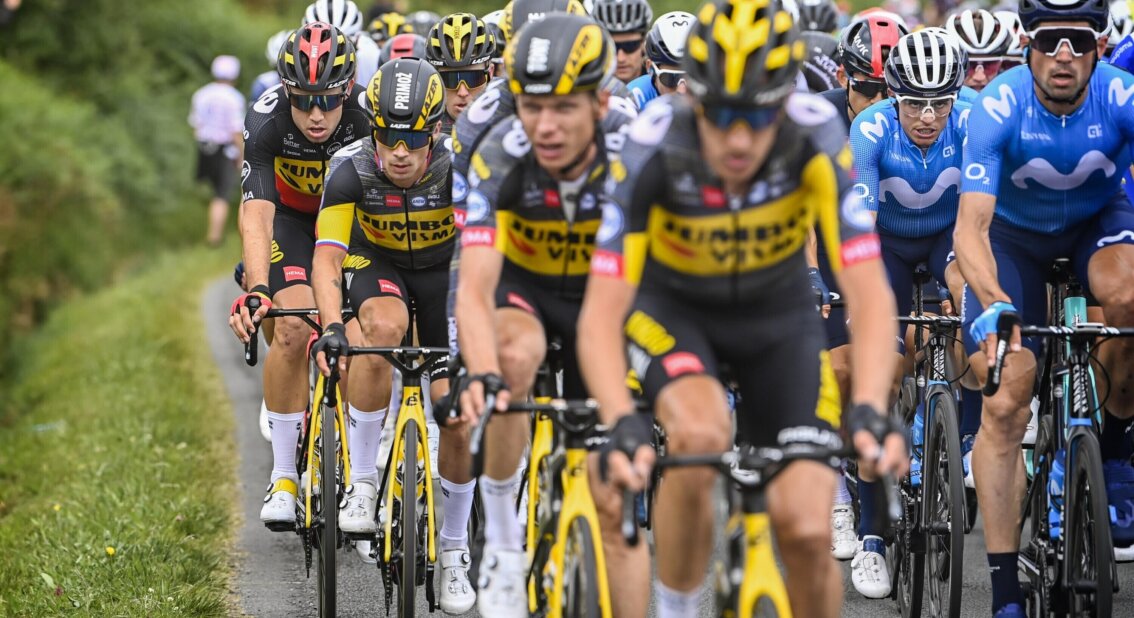 Team Jumbo-Visma has not come through the opening stage of the Tour de France unscathed. The stage through hilly Brittany degenerated into a battlefield due to two massive crashes. Primoz Roglic stayed focused despite a crash and all the commotion and finished third. Steven Kruijswijk lost two minutes to the head of the race.

In the port city of Brest, the 108th edition of the Tour de France started at full speed. Two massive crashes made for a chaotic final. Team Jumbo-Visma was involved with almost the entire team in the first crash, caused by an inattentive spectator. The peloton dropped the pace, allowing most of the riders to come back to the front. A new crash followed leading up to the final five kilometres, again with many victims.

"Many spectators behave respectfully, but unfortunately not this one."

On the final climb of the Côte de la Fosse aux Loups, leader Roglic had a good position, partly due to the work of his remaining teammates. The early attack by Julian Alaphilippe proved decisive. Roglic finished shortly afterwards as the number three. Wout van Aert tried to get involved in the battle for the day’s victory on the steep flanks of the final climb, but fell short of the world champion. “I was quickly à bloc on the steep part. I had no answer to Julian’s attack. To be honest, I was expecting that. I quickly made the switch to limit the damage for Primoz as much as possible. And it worked.”

Van Aert saw an ‘off-day’ for his team. “It’s nice that the fans are back, but it immediately creates even more hectic. It was a far from ideal day for us. Fortunately, Primoz’ chances are still very much alive.” 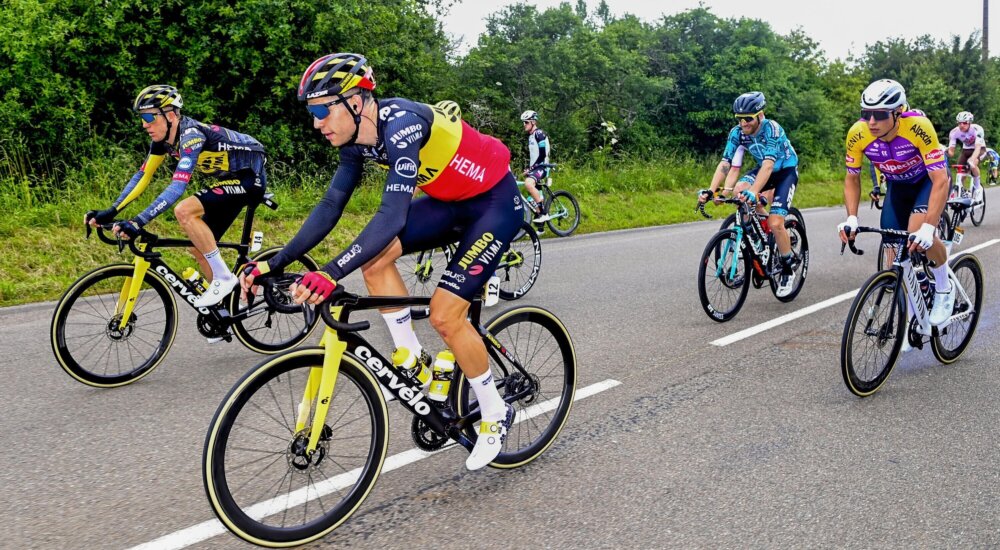 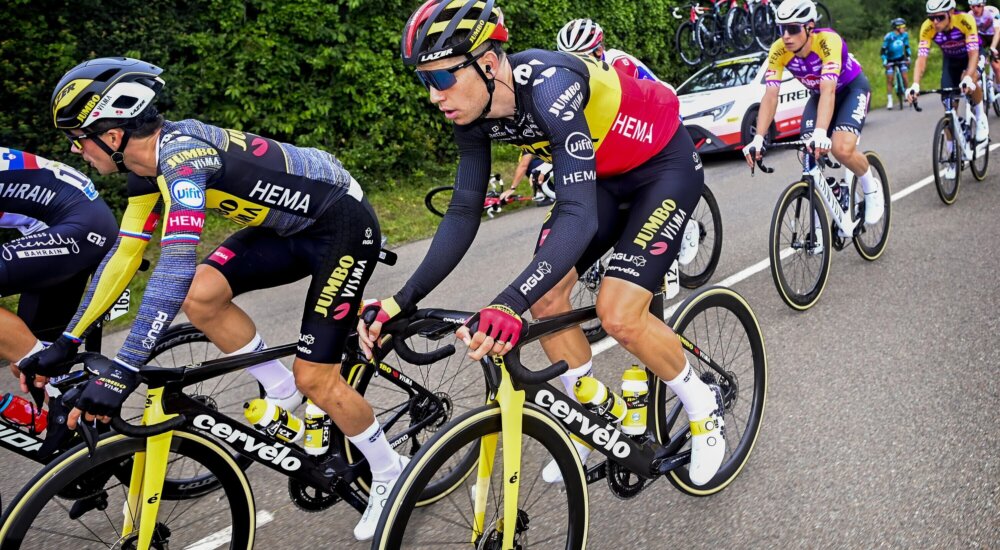 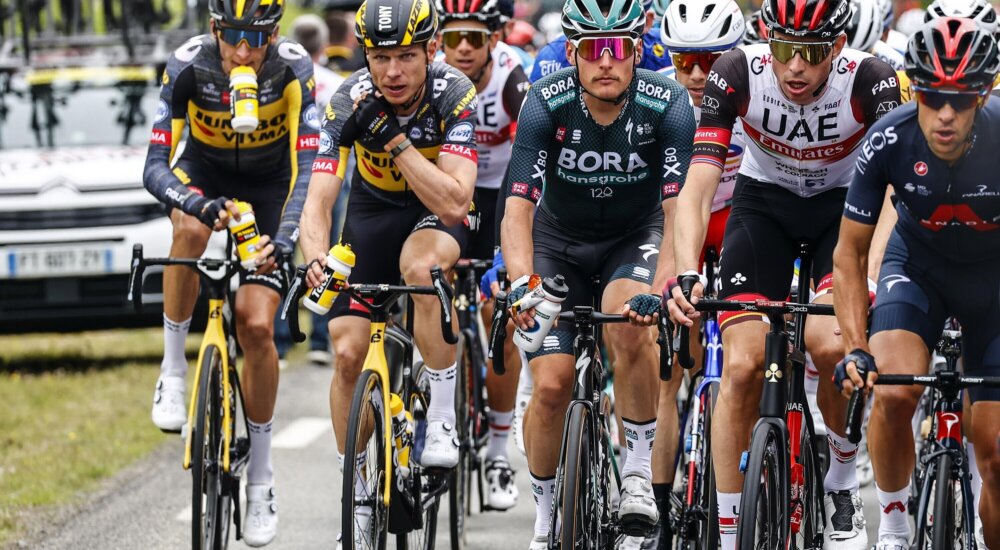 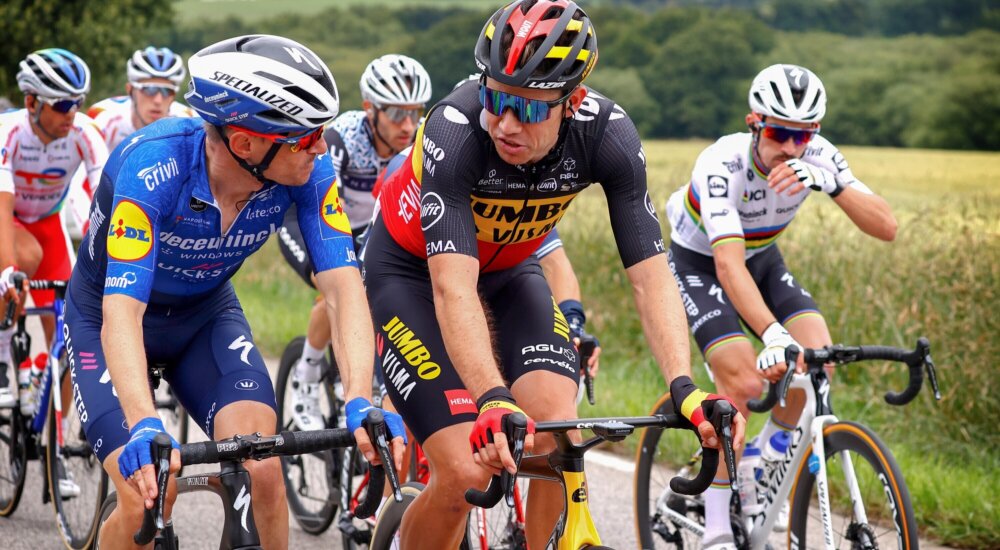 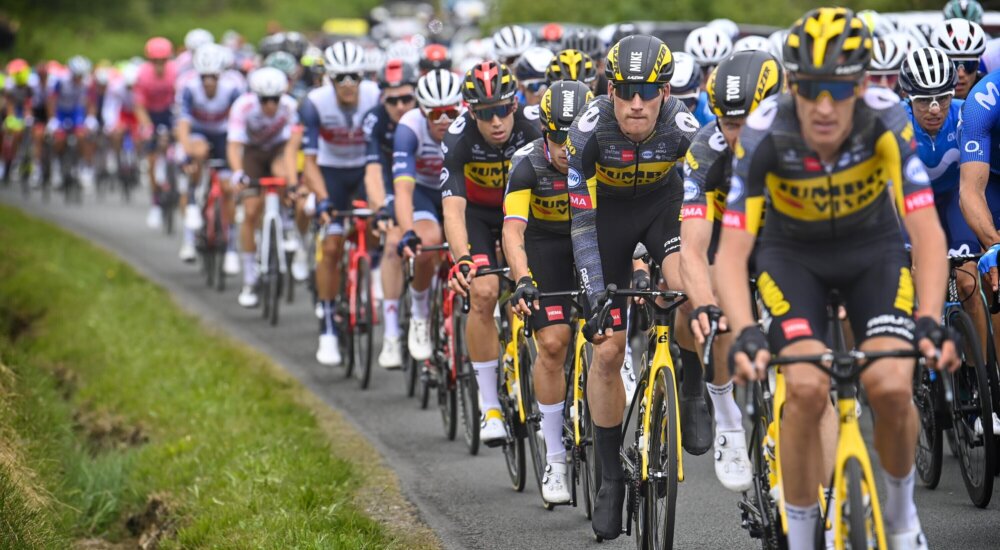 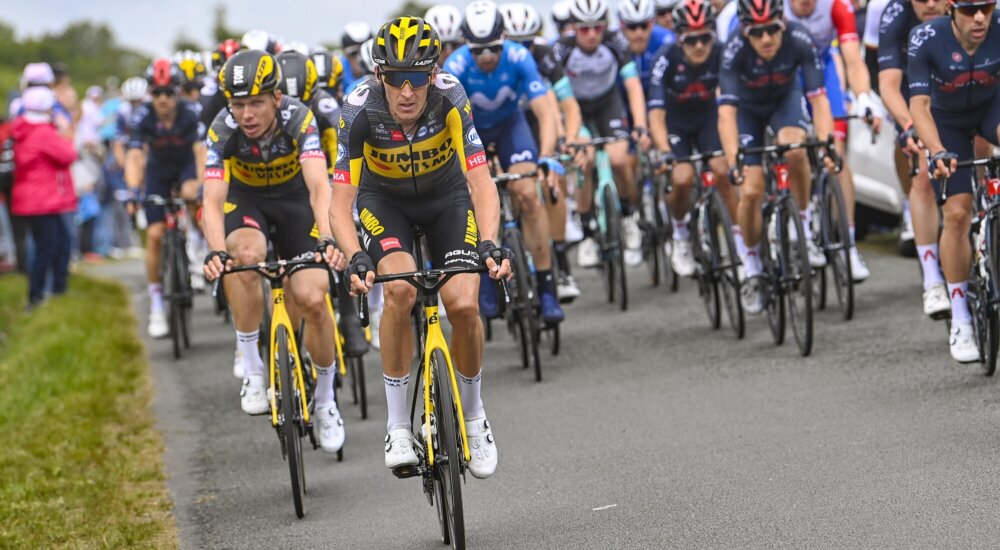 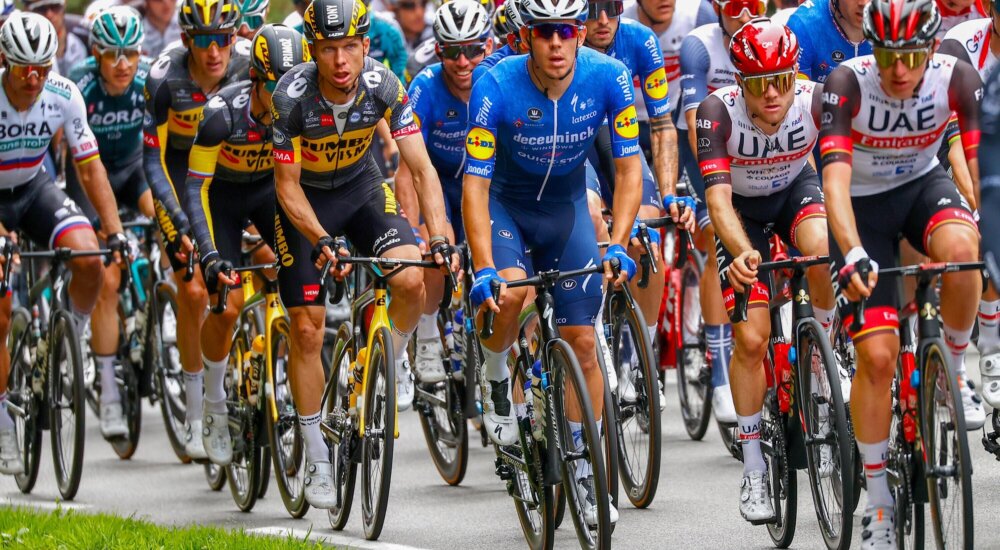 Robert Gesink, who just managed to avoid the first crash, also looked back on a ‘lousy day’. “Of course we tried to stay out of the frenzy. That was also the task of Tony and me. Tony hit the sign of the spectator and almost the whole team crashed. It really sucks that something like that happens. It’s a terrible thing to go through. Maybe it’s good that people sometimes think better about what they are doing on the side of the road. I hope the damage will turn out to be not too bad.”

Road captain Tony Martin also licked his wounds. “We had everything under control until the crash. I brought the guys to the front via the right side of the road, but crashed into the sign of the spectator. It all happened very quickly; suddenly almost the entire team was on the ground. Many spectators behave respectfully, but unfortunately not this one. Fortunately, Primoz came through it well. I hope the physical damage to myself and the other guys is manageable.”

Mike Teunissen has x-rays taken of his injured hip, wrist and elbow. He's suffering some bruises and scrapes, but no fractures. He will start tomorrow's second stage for another painful day on the bike. 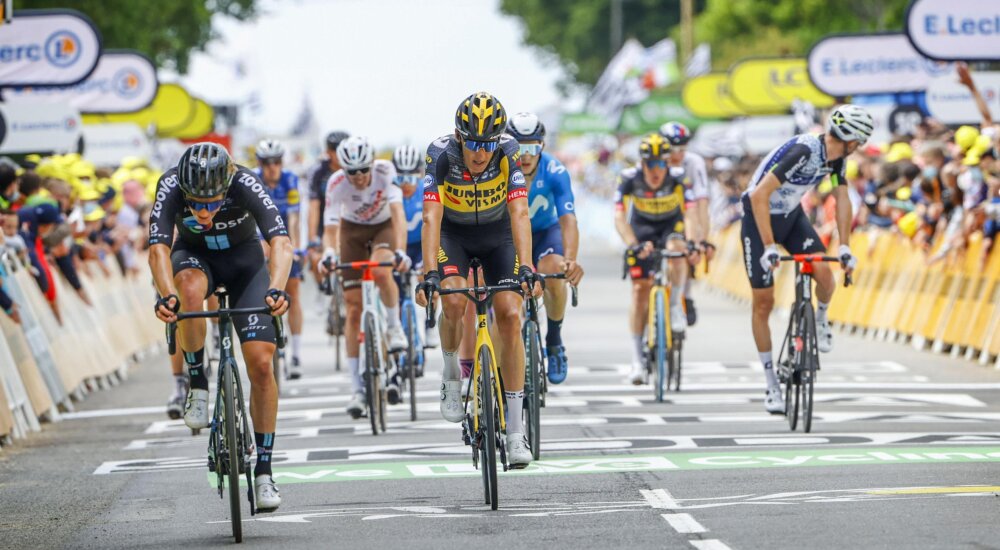 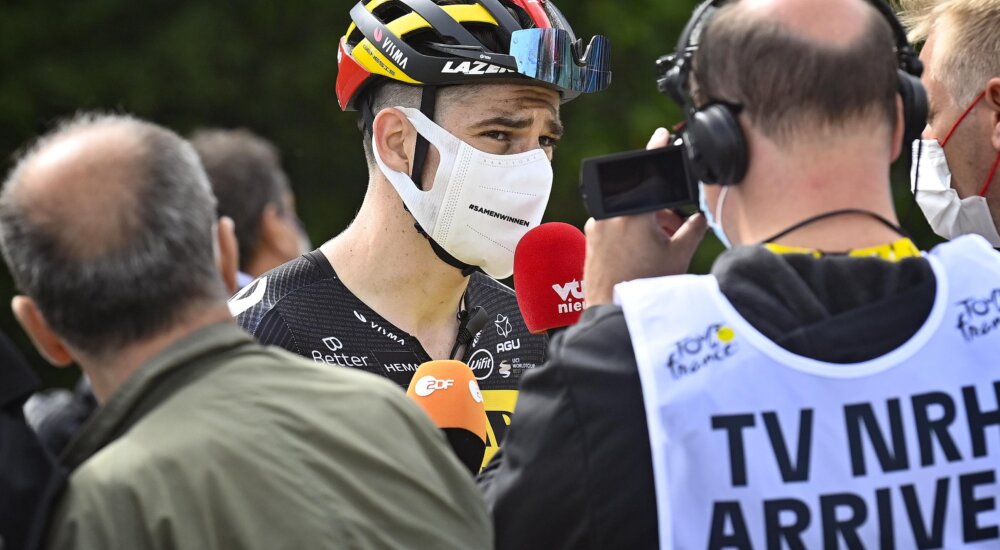 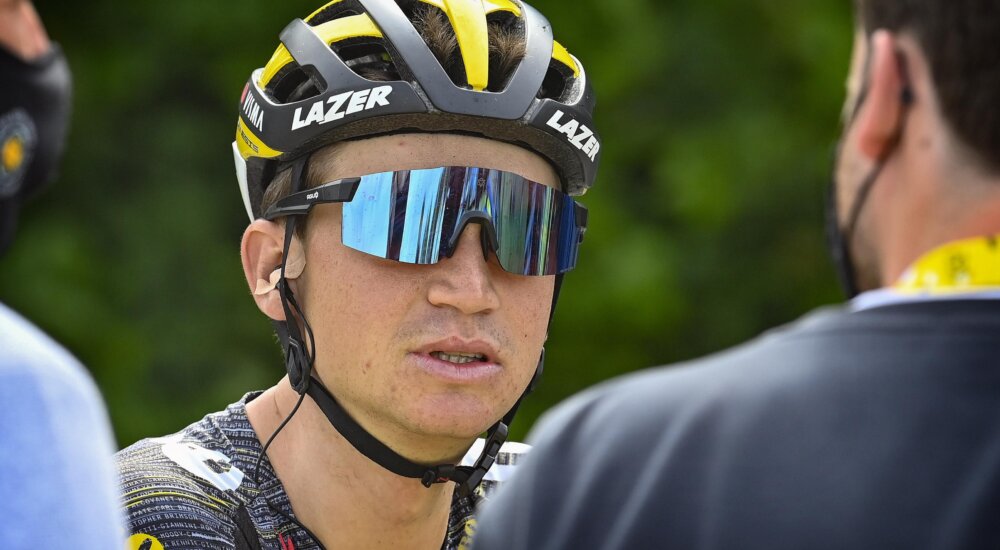