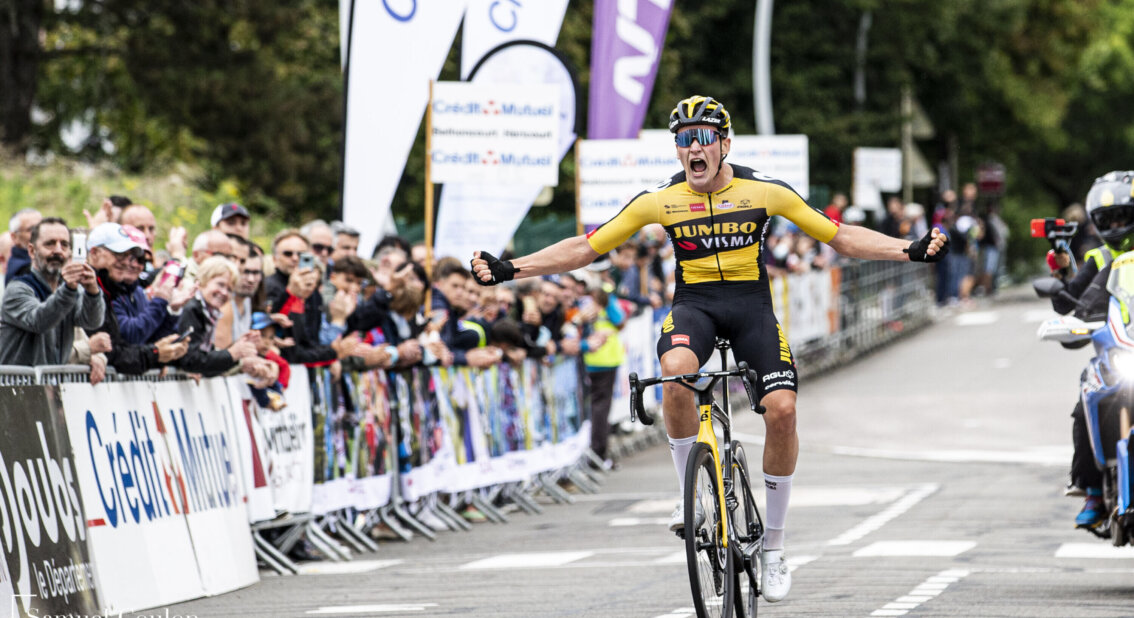 Maurice Ballerstedt has won the final stage of the Tour du Pays de Montbéliard. The German of the Jumbo-Visma Development Team crossed the finish line solo with a big lead and also won the general classification of the French stage race.

Loe van Belle of the Jumbo-Visma Development Team won yesterday’s stage and was in the lead before the last stage, but saw the victory remain within his own team. Rick Pluimers finished third in the final stage. In addition to winning the general classification, Ballerstedt also finished as best youngster and the team won the team classification.

“It was a really hectic race”, said Ballerstedt. “We had Loe in yellow of course. But the first twenty in the general classification were still very close together. The decisive group, in which I rode together with Rick, did not work well together. So I decided to go for it alone. The whole team did really well today. We were present in every group. I’m super happy that I was able to finish it off.”

According to sports director Sierk Jan de Haan, the team was determined to go home with the overall win. “Of course Loe had a special status as the wearer of the yellow jersey, but we had several riders who were in a good position in the general classification. It was up to us to use the jersey to our advantage and play out our surplus. We didn’t want to control the race, we wanted to dictate it. Maurice rode solo towards leader Reuben Thompson. He had to put his chain back on along the way, but in the final kilometres he caught up with the leaders. He rode away from them straight away and was simply strong today.”